The Czech Republic is located in the heart of Europe, in a region with a stirring past and an equally interesting present. Though not large, it is a good place to visit, no matter whether you look for an attractive business location with committed and skilled people, or whether you just want to stop off for a relaxing break and enjoy a holiday steeped in history or exploring beautiful landscape areas along hiking, boating and cycling trails. The Czech Republic is a wise choice. Welcome!

About the Czech Republic

The Czech Republic is a land-locked country which is situated in the centre of a temperate zone of the northern hemisphere in the central part of Europe and covers the territory of the historic lands of Bohemia, Moravia and a part of Silesia. The state frontiers border on Poland (761.8 km), Germany (810.3 km), Austria (466.3 km) and Slovakia (251.8 km).

From the physical-geographical point of view the Czech Republic is situated on the divide of two mountain systems of the Bohemian massive and the Western Carpathians. The main European watersheds dividing the river basins of the North, Baltic and Black Seas pass through the territory of the Czech Republic.

The earliest historic evidence of ethnic groups who settled in the Czech basin at the beginning of 4th century B.C. were the Celtic Boii tribes according to whom the territory gained its name Boiohaemum (Home of the Boii), Bohemia in Latin. At the turn of the century the Celts were forced out by Germanic tribes. As of 6th century various Slavonic tribes settled here, who in the 7th century joined forces in the face of Avar expansion (so-called Samo’s realm). After 820 the first proven state, the Great Moravian Empire, which is connected with the conversion to Christianity in the region, was established on the territory of the present Republic. Following its decline at the beginning of 10th century the mainstay of the people who created a state moved west to Bohemia.

The Premyslide dynasty finally succeeded in uniting the state. The borders of the main historic countries (Bohemia and Moravia) have essentially not changed since the Middle Ages, the other territories of the Czech state always existed only temporarily.

As of 1526 the land of the Czech Crown formed a part of the Habsburg monarchy. But at all times there were efforts to maintain independence.

After the disintegration of the monarchy the historic Czech lands were united with parts of the Hungarian kingdom (Slovakia and Carpathian Ruthenia) to form Czechoslovakia as one of the states of the post Austro-Hungarian Empire.

In 1938 neighbouring Germany claimed as its own part of the territory of the Republic (the Sudeten Land). As of March 1939 the rest of the Czech Lands were occupied by the Germans (the Protectorate of Bohemia and Moravia) whereas Slovakia was declared an independent state.

In 1945 Czechoslovakia regained its status (without Carpathian Ruthenia) and simultaneously the three-million German minority was forcibly transferred. After the coup in 1948 the Communist Party took over the government and introduced a totalitarian regime in the country. The sixties saw developments leading to a slight relaxation of totalitarian rule, which however was cut short in August 1968 by a military intervention on the part of the Soviet Union and member countries of the Warsaw Pact.

The fall of the Communist regime in November 1989 facilitated a renewal of a pluralistic democracy. In subsequent years the Soviet occupation units were withdrawn (1990-91) and many reforms within the state were enacted. At the beginning of the nineties leaders of both Federal republics engaged in a mutual dialogue whose outcome was an agreement to divide the common state into two independent states. The Czech Republic came into being on January 1, 1993 following the division of the Czech and Slovak Federative Republic (CSFR).

Thanks to its position in the heart of Europe the country has been confronted with various cultural influences and architectural styles in the course of its history. Since the country suffered little damage during the World War II, nor destruction due to redevelopment projects, a rich cultural heritage has been preserved. In the Czech Republic there are a total of 12 listed heritage reservations recognized by the international organization UNESCO: Prague – the historic centre,Cesky Krumlov – the historic centre, Telc – the historic centre, Zdar nad Sazavou – the pilgrimage church of St. Jan Nepomucky on Zelena Hora, Kutna Hora – the historic centre, Lednice – the Lednicko-Valticky grounds, Holasovice – the village reservation, Kromeriz – the gardens and palace, Litomysl – the palace and its grounds, Olomouc – the column of the Holy Trinity, Brno – Villa Tugendhat, Trebic – the Jewish quarter and St. Procopus Basilica.

The natural wealth in the Czech Republic is protected in many areas which have officially been declared nature reserves. On the territory of the Czech Republic there are four national parks (Krkonose, Sumava, Podyji and Czech Switzerland) which are subject to the strictest rules to assure their protection.

On the territory of Czechia there are numerous cold and hot natural mineral water springs which are used for curative and convalescent treatments in areas where there are also spas. Many of these sources also serve for the production of mineral and table water.

The Czech Republic has a long-standing tradition in industrial production. The composition of its industries is being restructured to typically correspond to a small but mature market economy. In recent years the share of food production has increased, while there has been a decline in the engineering segment, which, however, continues to be the most important industrial branch in the Czech Republic. The most developed areas in consumer goods production are the traditional branches manufacturing textiles and clothing, shoes, porcelain, ceramics and costume jewellery.

The most significant areas in food production are industries processing flour, sugar, meat and brewing beer. There is a long prevailing tradition in breeding freshwater fish and in this connection fish-farming in the numerous man-made lakes is well developed. Hops are an important export article. 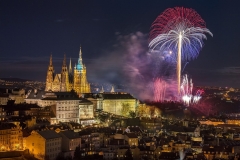 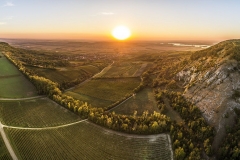 Dear wine producers and wine merchants, we invite you to enter your wine

Wines from Moravia and Bohemia has been introduced in Switzerland 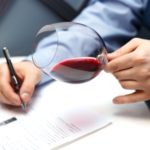 In 2018 Czech winemakers brought home over 900 medals from around the world!

In the travelling international wine competition, Concours Mondial de Bruxelles 2018, which was