BVV Trade Fairs Brno is one of the most prominent trade fairs organizers in Central and Eastern European countries. Its core business activity is organizing of trade fairs and exhibitions at the Brno exhibition centre and providing exhibition services.

The business of BVV Trade Fairs Brno builds on a tradition established in 1928 by the Exhibition of Contemporary Culture in then Czechoslovakia. In the 1950’s the first Exhibition of Czechoslovak Engineering was held in the exhibition grounds and since then the exhibition activities have continued to grow to the present shape of a Central European Exhibition Centre. No wonder the City of Brno became the epitome of trade fairs and exhibitions for the Czechs and their neighbours. In Czech, the word “Brno” is synonymous with “trade fair”.

At the moment, the Brno Exhibition Centre offers more than 130,000 sq m of net exhibition area thus ranking among the world largest exhibition centres. Brno Exhibition Centre first opened in 1928 commemorating the first decennium of independent Czechoslovakia founded in 1918. Brno as a location for the new exhibition centre was chosen on purpose being conveniently situated between Prague and Bratislava. A number of exhibition halls on the fairground are referred to as true jewels of functionalist architectural style. The latest addition to the fairground complex is the P Hall opened in June 2009 offering over 10,000 sq m of net exhibition area.

Trade Fairs and other events

Every year approximately 50 trade fairs or other exhibition events are held at the Brno Exhibition Centre and over 1 million visitors come to see them. Traditionally, the largest and most important event is the annual MSV International Engineering Fair, one the most prestigious engineering fairs in Europe. Apart from trade fairs the centre is an excellent venue for holding congresses, conventions, high-level meetings, gala evenings, concerts or sports events. In 2007 the centre became the setting for a music performance of one of the world’s most successful bands, the Rolling Stones. 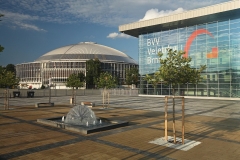 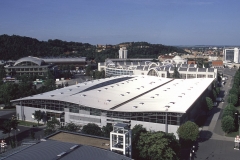 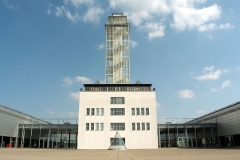 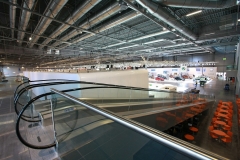 Photo-gallery from the event 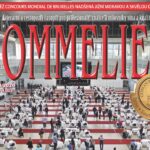