Introduction to the World of Viticulture in South Moravia

The world wine experts who arrived in the Czech Republic spent the first full day, Thursday September 3, with a programme prepared especially for them. Before evaluating 8,500 wine samples from all over the world during the next 3 days, they needed to learn about winery and viticulture in South Moravia. Full-day trips through the four wine subregions of Moravia were created for our wine experts. It was not possible for everyone to visit all the places at once and therefore they were divided into groups and each group went to one of the regions.

The first group went west, to the Znojmo region. The programme started with a visit to the Lahofer winery with a tour of the new modern winery and wine tasting. This was followed by a visit to the wine village of Hnanice with a presentation by three local wineries and the Loucký Monastery in Znojmo with a tour to Znovín Znojmo and wine tasting. The experts had lunch at the Znojmo Brewery. After lunch, they moved to the newly built Enoteka, where they completed a Master Class consisting of an introduction to the Znojmo wine region. The last stop, almost on the way home, was a tour of the vineyards and the Tři Duby (Three Oaks) farm in Stošíkovice. The participants were accompanied by sommeliers Jakub Přibyl and František Koudela.

The group completed a trip to the Mikulov wine subregion and first headed to Pavlov where they visited the Pavlov winery with a wine tasting. This was followed by a trip to Mikulov and a tour of the Volařík and Mikulov wineries. Lunch and Master Class, i.e. an introduction to the Mikulov wine subregion, took place at the castle in Mikulov. On the way back, the group stopped in Dolní Dunajovice for a tour and wine tasting. The participants were accompanied by Michal Šetka, a wine expert and editor-in-chief of the prestigious Wine & Degustation, and Petr Ptáček, Director and Chief Technologist of the New Winery.

The trip to the Velkopavlovice subregion started with a tour and tasting at the Breeding Wine Station in Velké Pavlovice. This was followed by a tour with a wine tasting at the Bíza winery and Habánské cellars. The experts had lunch in the House of Culture in Velké Bílovice where the Master Class took place as well, and they were introduced to the Velkopavlovice subregion. At the end of the trip, the participants stopped and inspected the vineyards in Hradištěk. The participants were accompanied by the well-known sommelier Tomáš Brůha and winemaker Jan Stávek.

The last, but certainly not less interesting visit was the trip to the Slovácko subregion. It began with a tour and tasting at the Bzenec Chateau Winery and the Vinum Moravicum winery. The experts had lunch at the Spielberg winery in Archlebov and also inspected and tasted local wines. The Master Class, i.e. the introduction to the Slovácko wine subregion, took place at the same the winery, and on the way back the expedition stopped and inspected the Malina vineyards and the Žarošice Museum. The group was accompanied by JUDr. Luboš Bárta, a sommelier and editor-in-chief of the SOMMELIER wine magazine, and Ing. Zbyněk Žiška, oenologist of the Mikrosvín winery and the Bzenec Chateau winery.

In the evening, a welcome dinner and the ceremonial opening of the competition took place at the Brno Exhibition Grounds, in the presence of the President of the South Moravian Region JUDr. Bohumil Šimek and representatives of other partners. 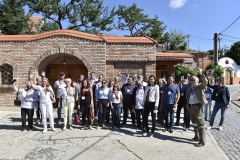 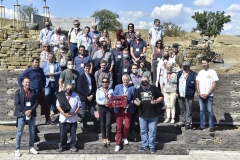 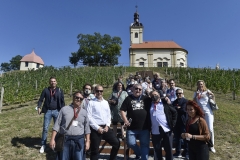 The first day of the competition

Wine experts from all over the world gathered in Brno 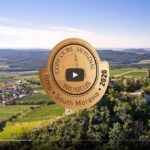 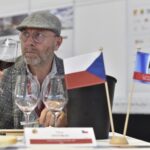