The last day of the competition took place on Sunday, 6 September. It was a little rainy in the morning, but that didn’t stop the tasters from sitting at their jury tables and evaluating the rest of the submitted wines. But first, at the beginning, the Belgian organizers thanked the Czech organizers and partners of the competition. Shortly before noon, the evaluation of the samples was interrupted and Mr. Baudouin Havaux, President of the competition, announced the next host country. In 2021 the competition will take place in China, in the Ningxia region, in the city of Yinchuan. Due to the unfavourable situation caused by the coronavirus pandemic, Chinese representatives were unable to attend the ceremony to receive the imaginary baton in person. However, they sent a short greeting in the form of a video, which was screened along with an information video about the Ningxia region. The Governor of the South Moravian Region JUDr. Bohumil Šimek wished his Chinese colleagues good luck and sent them a gift in the form of a wooden box full of Moravian wine. Following this announcement, a delegation of organizers set out for a gala lunch and the evaluators continued to taste the wines.

After the evaluation and lunch, another cultural programme was prepared for international tasters in the form of a visit to the observatory and planetarium in Brno at Špilberk Castle and the city Metro and other monuments in Brno. At the final gala evening, Brno and the South Moravian Region said goodbye to all the wine experts who had travelled to Brno and ceremoniously ended this year’s competition.

On Monday, 7 September, everyone returned home to their normal jobs and to start getting ready for the next wine competition! 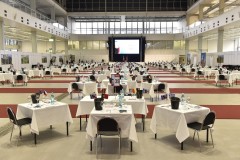 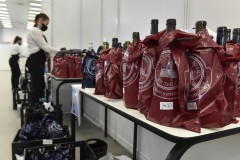 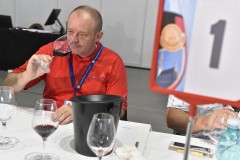 The second day of the competition